Some other post-processing methods like nvidia’s FXAA, AMDs MLAA, or DLAA. FXAA is rather pleasing in many cases as well, especially if you are a video game developer, as long as your rasterization implementation does not screwed up. But for the case like grass rendering, fur rendering, when you have many layers of thin line, FXAA will fail you. Just like the pixels annotated in the image below. 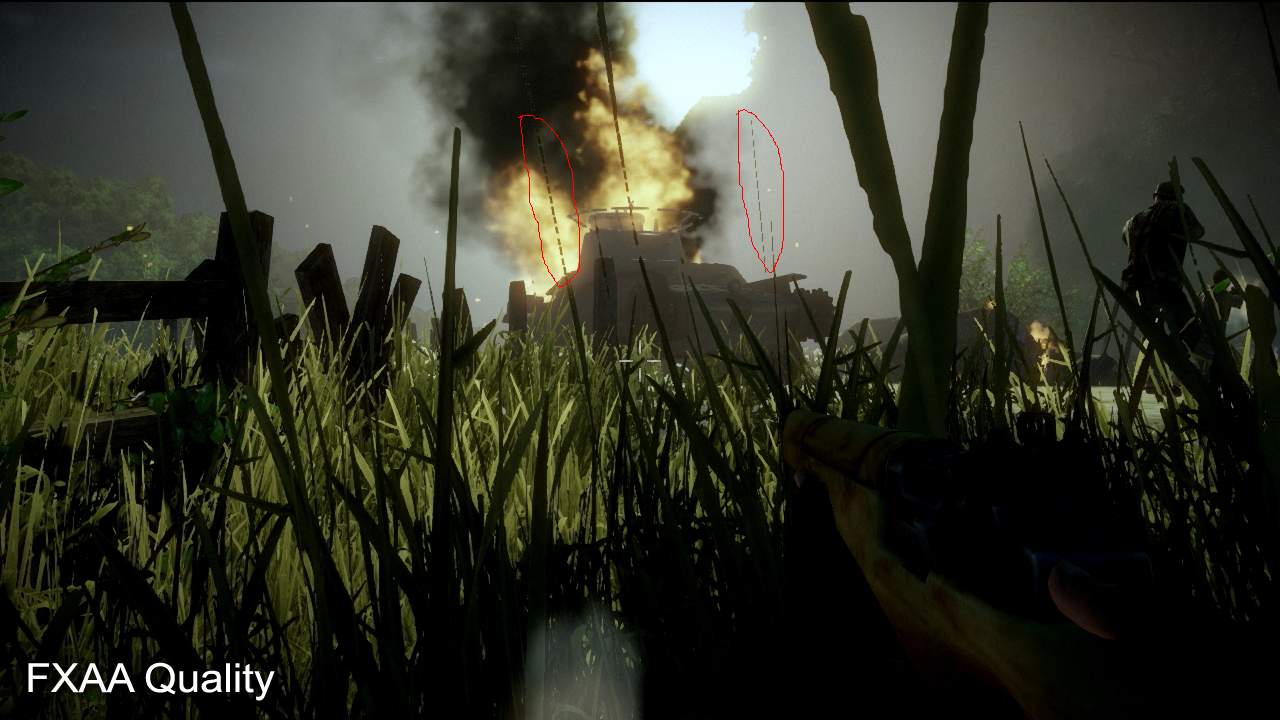 Other option like Nvidia’s AGAA(aggregated G-buffer anti-aliasing) Or if you are really a game developer, TAA maybe the way to go. But here we are talking about good old MSAA technique(also, refer to this article if you can have non-even sample depth buffer). Here we are talking about MSAA, with only OpenGL 4.0 capability, no special vendor requirement. The trick is simple and effective: “MSAA edge detection”. If we can detect difference between simple pixel and complex pixel, we can treat them differently. It is the similar idea from this method. In the D3D API, you can use SV_Coverage, in GLSL, you have similar variable GL_SampleMaskIn, these are the variable which are available in the pixel shader, tell the GPU which sample to write after shading. Take 4xMSAA for example, if all the samples come from the same fragment, then the sample mask is 1111 for that pixel(4 bits). If the fragment only writes to 2 samples, the sample mask would be 1010, 1100 0011, 0101, etc. Which in turns mark this pixel complex. 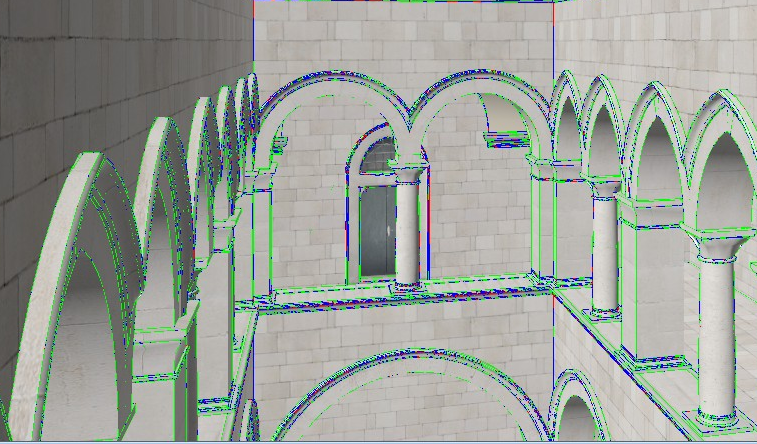 I update this blog less frequent than once per year, which sometimes makes me question why do I keep paying for this site. Be able to update blogs is always my pursuit, unfortunately there were always more code to write. It has been more than one year, last time I was still on how to MSAA on OpenGL 4, somehow it felt like a decade ago. The peaceful developing world took an interesting turn.